One of the things that had been eluding me, in terms of automation, was my front porch light. It uses an array of LEDs as it’s light source so it’s not something that you can simply swap in a Philips Hue bulb. My goal was to be able to automatically turn it on at dusk.

Once I realized I couldn’t just put in a smart bulb, I found what I thought would be a workable solution. The Shelly 1 is a device that resides behind your light switch. You wire it up with your existing wiring and it provides WiFi along the path. With this you can then toggle on/off the light connected to the switch.

I didn’t know much about wiring, but after a youtube crash course and reading several articles it seemed do-able. After I turned off the power at the breaker, I pulled out the light switch and unscrewed the wires from the switch in order to get a better look at what I was working with. To my dismay there was no neutral wire. Even after testing the wires with a multimeter I still couldn’t figure out which was ground and which was hot. Both were giving similar readings. Since I’m not an electrician I decided to scrap the idea.

A few weeks later after talking with some co-workers about my problem, one mentioned that he thought he had seen a switch of some sort that sits on top of your light switch and can turn it on and off. I did a little more research to see what other products were out there that could solve this issue. That’s when I stumbled upon the various devices that sit over top your switch and have a motor which can manually press the rocker on or off. I looked around and settled on the THIRDREALITY Smart Light Switch Gen 2. It operates on a zigbee netwowrk which I already had running in homeassistant with my Xioami and Ikea devices, so it seemed like a good fit. 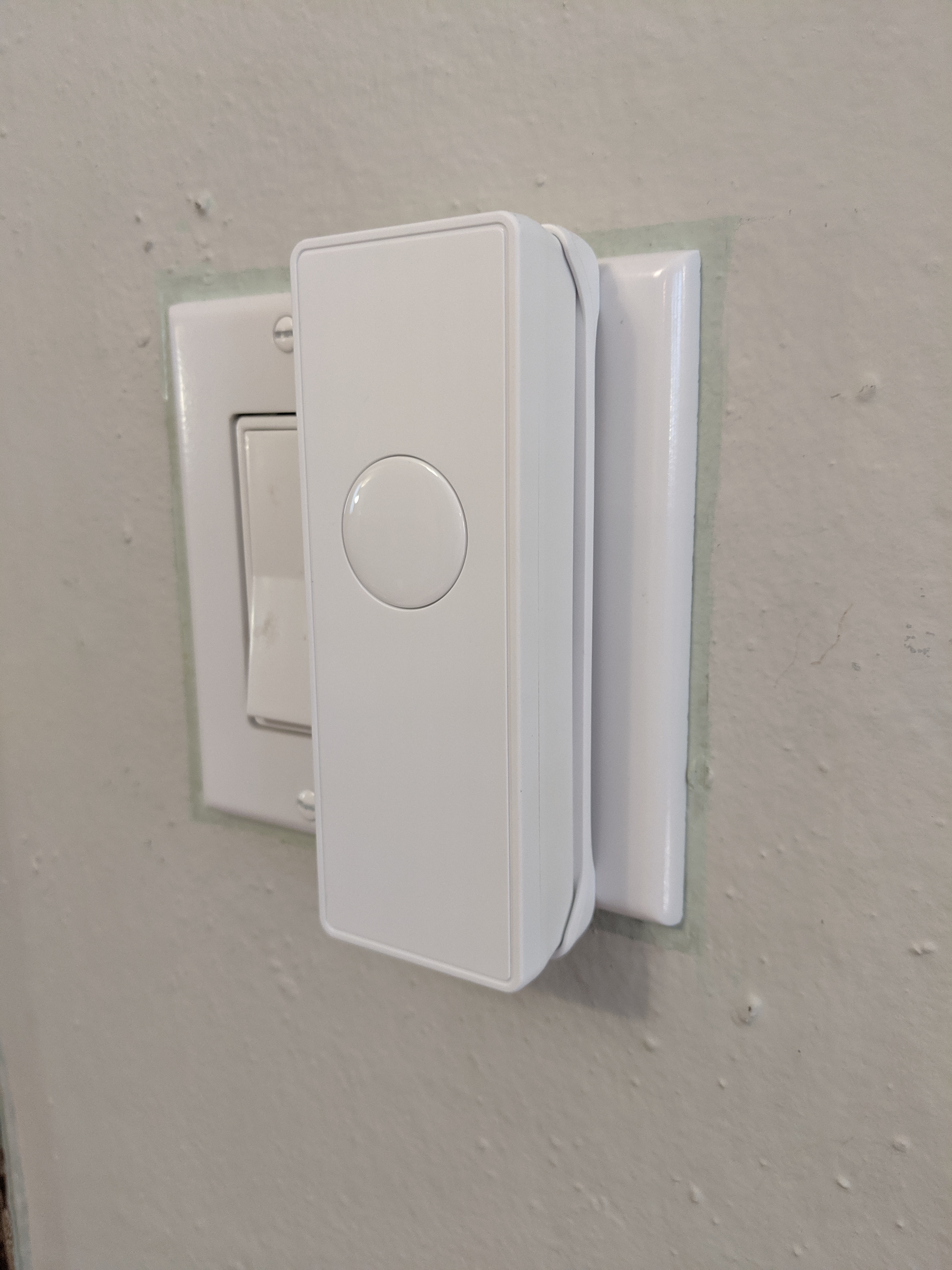 It works with both rocker switches and your standard US up/down light switch. It took a minute or so to install and then I went about pairing it with the builtin ZHA service in homeassistant. To my surprise it paired easily and showed up in the zigbee integration panel as Third Reality, Inc 3RSS008Z. I was then able to easily toggle it via the lovelace UI and add it in to automations in Node-Red.

It’s not a perfect device. It’s a little bulky and not exactly quiet. It has a mechanical ‘whirring’ noise when it toggles the light on/off. Despite that, I’m very pleased with how it operates and would wholeheartedly recommend it to anyone else in a similar situation.

I will also say that support for the product was fantastic. They went above and beyond to help me debug why my second switch would not pair. This is despite me telling them that I was not using their hub and was using a custom solution with the Conbee USB stick (at the time of writing this is no longer available, get the Conbee II instead).

A quick post documenting my tiny mistake that took me way too much time to diagnose.

In this post I document how I integrated my gas insert fireplace controlled by a Proflame 2 Transmitter with Home Assistant. I’ll go over the instructions t...

10 Favorite Video Games from the Last Year and a Half

I compiled a quick list of my 10 favorite video games I’ve played over the last year and a half.

A quick tip on using the CoordinatorEntity class for you entities when using the DataUpdateCoordinator in Home Assistant.