During the past 6 months I’ve really gained an interest in home automation. I discovered home assistant and have a nearly endless list of projects to work on. While browsing the /r/homeassistant subreddit I discovered the ability to utilize the new lovelace UI to create an interactive 2D floorplan. You can view a basic example in the excellent lovelace documentation. 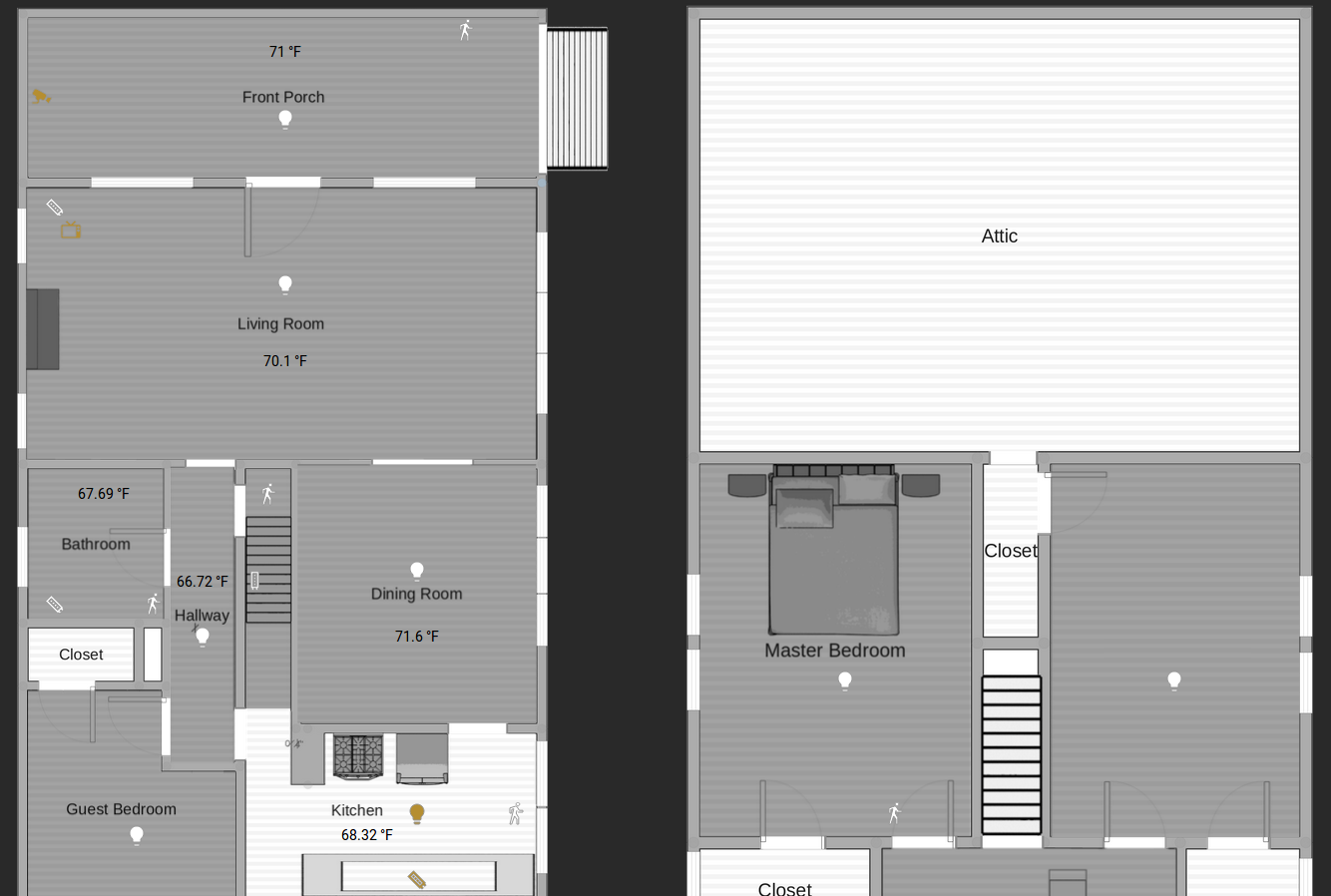 The 2D floorplan worked great. I could have a room lighten up when the lights were on, as well as toggling them on and off. I was also able to see sensors values like temperature and motion sensor events. The floorplan works well for giving you a quick overview of the lights/sensors in your house.

I was pleased with what I had created, but then I saw a few posts on reddit where users had created a 3D floorplan with rendered images that also included realistic lighting.
This post and this one, in particular, inspired me to create my own 3D floorplan.

After several weeks of experimenting with SweetHome3D to create the 3D model, I ended up with a pretty accurate representation of my house. I then added the floorplan as a picture-elements card and added all of my entities to it. You can see it in action below.

Some features shown in the video:

I plan on writing two future posts that will cover how you can create your own 3D floorplan for use in home assistant. The first post will cover some tips and tricks for using SweetHome3D to create your house and render the images needed. In the second post I will share my lovelace configuration and explain how I implemented the various features in my floorplan.

A quick post documenting my tiny mistake that took me way too much time to diagnose.

In this post I document how I integrated my gas insert fireplace controlled by a Proflame 2 Transmitter with Home Assistant. I’ll go over the instructions t...

10 Favorite Video Games from the Last Year and a Half

I compiled a quick list of my 10 favorite video games I’ve played over the last year and a half.

A quick tip on using the CoordinatorEntity class for you entities when using the DataUpdateCoordinator in Home Assistant.